Bollywood’s Khiladi Akshay Kumar is juggling many projects. After wrapping up Bellbottom, he completed a schedule of Prithviraj. As of now, he is busy shooting Atrangi Re which is being directed by Aanand L Rai and stars Sara Ali Khan and south superstar Dhanush. After unveiling the first look, Sara Ali Khan recently shared a quirky look of Akshay Kumar in which he transformed himself into Shah Jahan as they were shooting at Taj Mahal.

We have come across some leaked photos of the actors shooting the scene. Sara Ali Khan is dressed in pink outfit whereas Akshay is in Shah Jahan Avatar in the photos. They were shooting in the chilly winter of Agra. 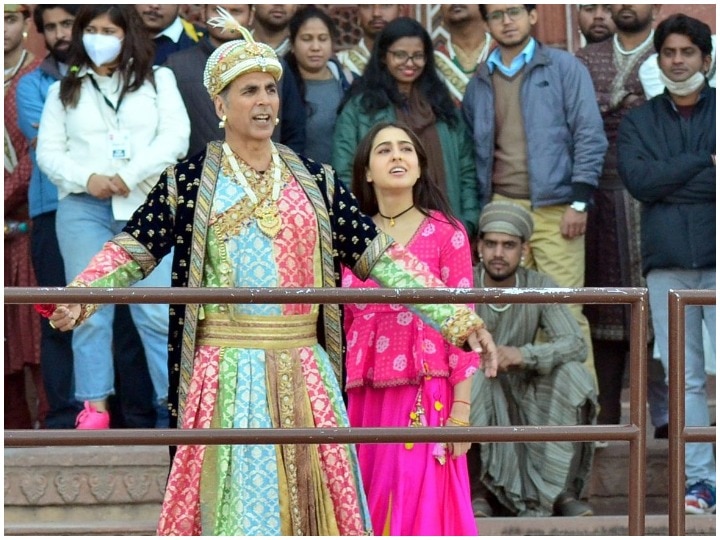 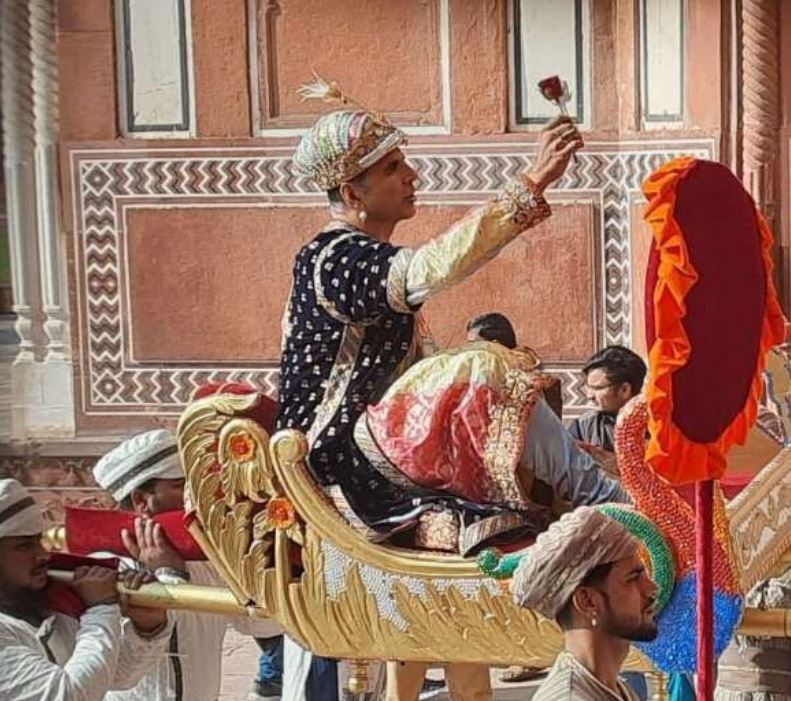 Atrangi Re is an upcoming Indian romantic drama film where Sara Ali Khan appears in dual roles for the very first time in her career. It is Dhanush’s third Hindi film, and it is scheduled for cinema release worldwide on Valentine’s Day 2021. The music is composed by A. R. Rahman. The film’s songs are folk-classical-based compositions. 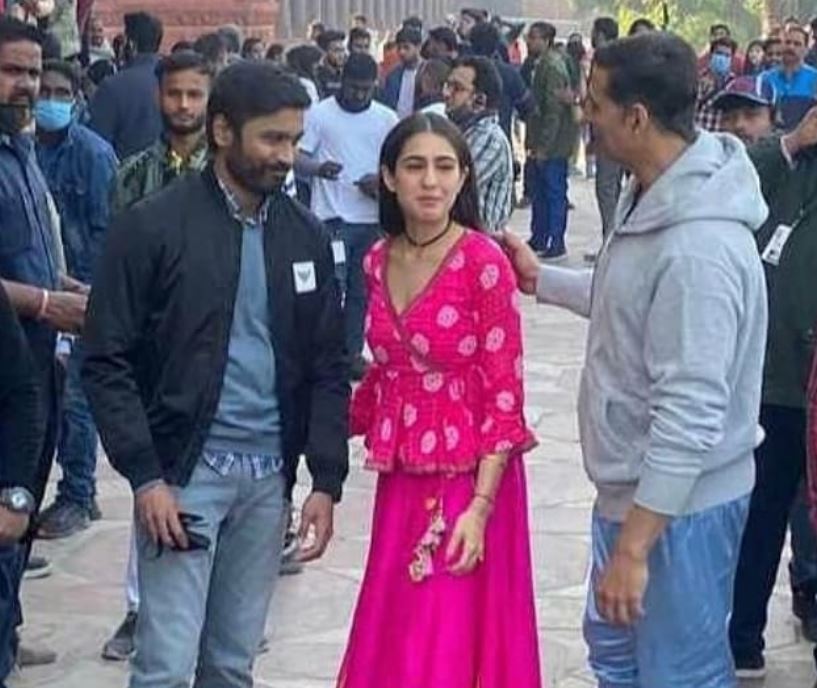 Back in March, Sara had been stationed in Varanasi to shoot for the film. She had in fact shared pictures and videos after attending Ganga aarti in the ancient city. Speaking about her director, Sara had said: ‘He is truly someone I can turn to for any kind of help. This year has been extremely hard for everyone. He has been there for me as a rock. On March 19, I was in Banaras shooting with him and returned to Mumbai the next day. Every third day during the lockdown, I’d tell him please take me back, I want to start shooting. Working with him has been a spectacular experience.’

This will be the first time Aanand would have worked with Akshay and Sara. With Dhanush, he has previously worked in his successful Raanjhanaa, which also starred Sonam Kapoor, Swara Bhasker and Ajay Deol. Aanand’s last film, Zero, with Shah Rukh Khan, Katrina Kaif and Anushka Sharma proved to be a dud at the box office.