Renowned music maverick Rahul Dev Burman who was popularly known as Pancham Da won millions of hearts owing to his unique style of composing music. It won’t be wrong to call him one of the most talented and influential music composers Bollywood had ever seen. Born in June 27, 1939, RD Burman composed music for as many as 331 films and the evergreen songs from the same continue to be the all-time favourites of music lovers across the country even now.

In his career spanning around 33 years, Pancham Da gave some of the best music scores in Hindi cinema and we get proof for the same in movies like Aaradhna, Yaadon Ki Baaraat, Jewel Thief, Pyar Ka Mausam, Baharon Ke Sapne, Jewel Thief, and many others. The musical genius, unfortunately, left for his heavenly abode on January 4, 1994. Today, on his 27th death anniversary, we pay our heartfelt tribute to him and look back at five most evergreen songs composed by him back in the day.

Pancham Da had composed this evergreen number for the movie Kudrat (1981) that featured Hema Malini and Rajesh Khanna in the lead roles. Kishore Kumar had crooned the song that continues to mesmerize music lovers even today.

Pancham Da had won the Filmfare Award for Best Music Director for this amazing number that he composed for 1942: A Love Story. It continues to be a hit among the music lovers even now and a reboot version was created in 2019 for a movie named after the song itself.

It is considered to be one of the best compositions of RD Burman. The song was sung by Asha Bhosle and Mohammad Rafi for the 1973 film Yaadon Ki Baaraat.

This song from the movie Hum Kisise Kum Naheen (1977) is considered to be one of the best masterpieces created by RD Burman in the course of his career.

Filmed on Amitabh Bachchan and Dharmendra in Ramesh Sippy’s Sholey (1975), this song continues to be a friendship anthem across generations.

Here are some lesser-known facts about Industry’s Pancham Da: 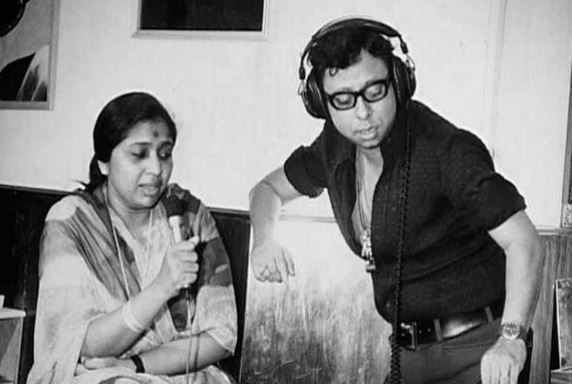 Visuals Of Violent Conflict Between Police And Protesters At Pink Fort...